I recently read John Messerly’s summary on “Stem Cells, Biotechnology and Human Rights: Implications for a Posthuman Future” by Paul lauritzen, a Professor Department of Theology and Religious Studies at the Catholic John Carroll University.

One important piece of this argument stuck out to me, which was the concept of “Nature as Artifact”. This argument says that as we make advances in biotechnology, our attitudes towards the natural world (and probably even ourselves) could change to see nature only as a material tool to be manipulated for our own ends.

I argue that, for all practical purposes, seeing nature as an artifact would be an improvement over what we currently have, where we as a species seem to selfishly look at ourselves as being more important than the natural world and look upon it with indifference and contempt, despite its importance to our survival.

Much of our fresh water, one of our most basic material resources, has dried up or has been poisoned by the indifference of those dumping chemicals, trash, and waste into the streams and rivers. We go through enormous efforts to filter these contaminants back out so we can use it, only to callously consume it to water lawns, even in times of drought. We the put water into costly petroleum-based materials and shuffle it around in petroleum-based vehicles which pollute the air, another valuable resource that we can only survive minutes without and take for granted every day.

Rainforests, which contain undiscovered species of flora and fauna, soils rich with microbial life, and producing oxygen for us to breathe, are leveled en masse for resources and mono-culture commodities like inexpensive palm tree oil, corn, and soy.

We build ostentatious skylines in the most uninhabitable places, like Vegas and Dubai, simply because we can. These places, without the basic resources we’re destroying, I predict will become ghost towns in our lifetime and we will stupidly watch on the outskirts as victims of our own hubris.

Seeing nature as artifact would more than likely be an IMPROVEMENT for society. Artifacts are considered intrinsically valuable and important assets to culture, history, and scientific inquiry. Artifacts need no further justification, for instance, a price tag for their economical value. We measure artifacts as part of our heritage and future, with a substantial long-term value to ensure future generations not only get to experience these ‘artifacts’, but use future technology to study and learn more from them.

A great example of this is the Svalbard Seed Vault which is, for all intents and purposes, built for the noble goal of sustaining our biological heritage (and be able to feed ourselves), when we face the real possibility of ruining our global food supply with genetic meddling.

A friend once told me, “You are most proud of the things you create.” I think that is true, and it would also be true for us if we were to create some advanced life forms like those I like to write about in my fiction. Perhaps if we felt ultimately responsible for the future of nature world and how we affect it, then we would take more care to look after the assets on this planet. It would be a goal to live in balance with nature instead of just exploring our own conveniences and comforts.

There are many of us sticking their heads in the sand on global issues like food shortages, overpopulation, the causes of climate change, the poaching of endangered species. We don’t address the unsustainability of industrial meat production. We address industrial farming, GMO, and pesticides with afterthought which keeps us battling wide-ranging side effects like new breeds of presticide-resistant superbugs. Some defend the burning of fossil fuels as a good thing, simply because of their own profit motivations. We have those who illegally log and tear down forests that have existed for thousands of years to replant monocultured crops on the land and suck dry the rich soil below it. There are those who do not hesitate to dump synthetic, non-organic wastes into our rivers, streams, and oceans.

So, generally speaking, as a species, we don’t treat nature as a gift from God, a valuable part of our existence, or an artifact. We treat the natural world like a 24/7 booty call to satiate our never-ending sex drive; we like the idea of nature, we appreciate using nature when we want it, but when it comes down to business, we’re mostly just in it for ourselves.

I’m more concerned we will develop new technology and see life as commodity instead of as artifact. This is the real concern, and there is reason for it because its already been happening for decades. Explore controversial issues like patenting and property rights related to things like GMO crops and realize its not so difficult in our modern world of stem cells and genetic engineering to extend that same controversy to human traits, or even lives, becoming commercialized instead of being seen as intrinsically valuable, where those who have those traits are treated with esteem, respect, and maybe even compensation for the value that they contribute in the big picture of existence.

As far as we know right now, Earth is the only one out there with life on it. We teeter on the knife’s edge of existence, existing on a rock with only a fragile bubble of gas and magnetic fields to protect us from the cold violence of space. We would be wise to take a proactive approach in protecting it.

I’ll end this with a great quote from Astronaut John Glenn, who said this during an interview with CNN: “Itâ€™s impossible for an astronaut to go into space and not come back, to some degree, an environmentalist,â€ he said. â€œYou see how beautiful and fragile and unique the planet is, in the entirety of the universe, and you want to do what you can to champion conservation efforts.” 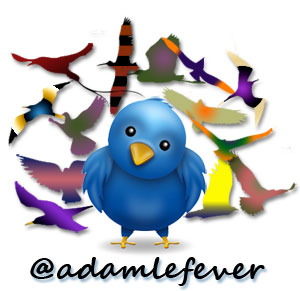